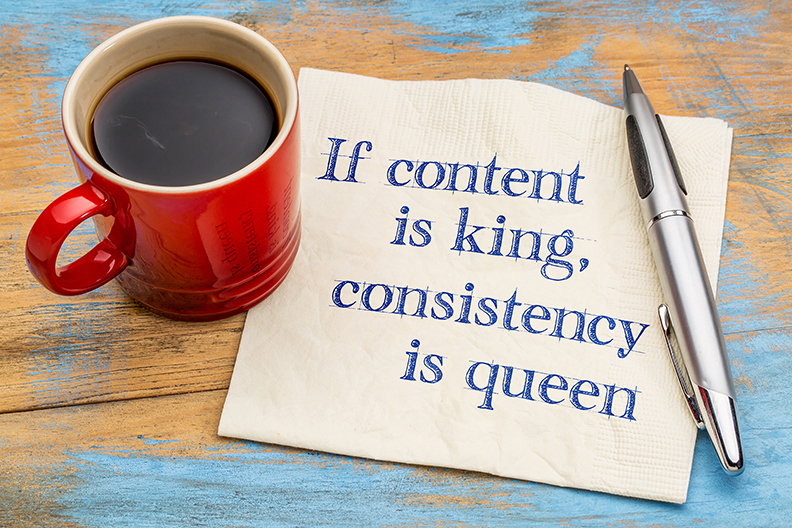 Facebook has been in the news a lot lately. First, it was in the news for being down – along with its sister apps, Instagram and WhatsApp – for almost an entire Monday several weeks ago. People were freaking out.

In addition, Frances Haugen gave a brave testimonial to Congress about the behemoth’s practices. And now, it wants to take over the Metaverse.

What does this have to do with your content? Well, I think if you use Facebook to reach your audience, you might want to rethink your strategy.

Think about it: millions of businesses rely on Facebook and Instagram to drive sales. If those two platforms are down, how much money are those businesses losing? And, what will a change in their strategy mean for businesses who use the platform?

Businesses can’t rely solely on Facebook, nor should they. And that, my friends, is where your content comes in. How? Let’s discuss in these 3 Quick Tips.

Sure, Facebook is the largest social media channel, but that doesn’t mean it’s the only one. If you use Facebook for any aspect of your business, I highly recommend you think about diversifying your social media strategy. Don’t put all of your eggs in one basket.

Here are some other options to consider:

The second most popular social media channel behind Facebook, with 30 million active daily users who watch a total of 5 billion videos a day. They also spend a lot of time on the channel, averaging 40 minutes per day (for context, Facebook users spent 58 minutes a day on average in 2019).

Not nearly as large an audience as Facebook or YouTube, but Twitter can be a very powerful way to reach your following if used correctly. It averages 330 million active users every month, and although the average usage time is just one minute per day, it is still a great vehicle to reach some very influential people.

The short-form video app recently revealed it has one billion (that’s a 1 with nine zeros after it) users, which is up considerably from the 507 million users it had in December of 2019. No doubt the pandemic helped this teen and tween fave grow, but it’s fair to say it’s a powerful and popular platform.

Otherwise known as the professional’s social media platform, LinkedIn has really grown since the onset of the pandemic. The platform has more than 740 million active users who generate one billion interactions with each other every month.

Wrong. I know many of you don’t look at every email; heck, some of you may not look at any (then how are you reading this right now?).

The point is, you see my name in your inbox every week, and that’s powerful stuff. Your reading and engagement are icing on the cake.

In fact, research shows that emails are at least four times (4x) more effective in reaching your audience than Facebook.

What’s more, email is the most used media, and most people check it first thing in the morning (and at other times throughout the day). And, you own your email list and can get your name in front of the people on it whenever you want. You can’t say that for Facebook or any social media platform. They control the algorithm and who sees what when.

If you aren’t blogging for your business, you should start. And, if you are, keep going.

There are many benefits to a blog:

1. You own the content, and you can do with it what you please

2. You can use a blog article for other content, including an email newsletter

3. When you post a blog article, you are adding content to your site, and Google likes that

4. You can use ideas from your blog article for fodder on social media

I’m not saying to get off Facebook altogether; rather, it’s time you diversify your effort with other forms of content.